God of the In-Between 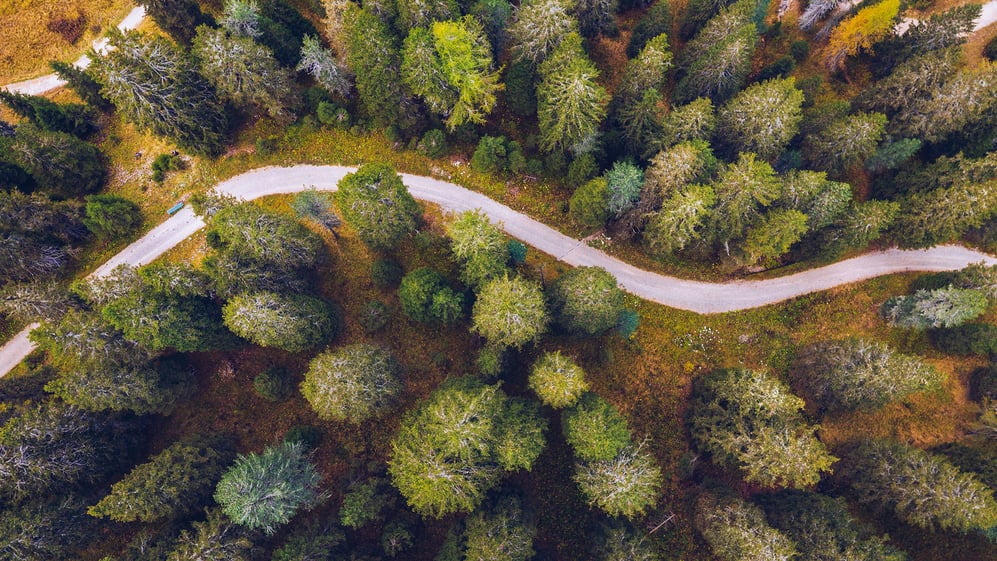 The first few days of Holy Week have a weird in-between quality. We just celebrated Palm Sunday, when we remember the entrance of Jesus into Jerusalem with shouts of “Hosanna!” The drumbeat of Christ’s Passion has begun, far away but insistent, signaling the momentous events to come. We can hear it getting closer, but it’s not upon us yet.

A Long Walk to the Cross

When you read Luke, though, that drumbeat starts much earlier. “When the days drew near for Him to be taken up, He set His face to go to Jerusalem,” says Luke 9:51. But Jesus doesn’t actually enter Jerusalem until Luke 19, and the Passover meal at which Jesus institutes Communion doesn’t happen until Luke 22. For ten chapters, Jesus teaches, heals, and ministers on His way to Jerusalem. The parables of the Good Samaritan and the Prodigal Son (among many others), the Lord’s Prayer, and several healings—all are set in the context of Jesus traveling to Jerusalem. That’s a long time to walk toward death. A long time to live in-between.

I’m feeling pretty in-between myself these days. My daughter’s school just opened in-person for the first time in a year—but only for two days a week. My parents and in-laws are now fully vaccinated, but my husband and I are still waiting. My church has been without a senior pastor for four years, and we’re now waiting as the pastor we called discerns his path.

Here in the in-between, uncertainty overshadows everything. I’m learning to hold my plans very lightly. The words God willing have made their way into my vocabulary. Simple decisions seem fraught with life and death, despair and hope. The control we thought we had over our lives has been revealed as illusory.

Sometimes I think about the disciples and other followers of Jesus as they listened to Him teach, asked Him for healing, and walked beside Him on the road to Jerusalem, perhaps speculating on what He would do next. Jesus tells them that He is bound to die, but they don’t believe Him. They believe that their lives—and His—will continue as they have for the past few years, only better and better. But in a scant few days, their hopes and plans will lay broken and scattered at the foot of the cross.

How Christians Navigate the In-Between

Christians today live in the great in-between: the time between Christ’s resurrection and His coming again. We’ve set our faces to Jerusalem, but we’re not there yet. For centuries now, we’ve endeavored to obey and follow the words of Jesus, baptizing, teaching, serving, taking up our cross, and shouldering it throughout our lives. A long line of saints stands behind us, and if Christ tarries, we’ll pass His words and His forgiveness on to the saints to come. Generations of Jesus-followers have lived and died in His service, waiting in hope for the end of the story.

Because, unlike the disciples, we know where we’re going. We may not know what our earthly lives hold, but we know our destination. This week, we know that Jesus’ path takes Him to the Passover table, to the Garden of Gethsemane, to Golgotha, to the tomb, and, finally, to His resurrection. This week—and every week to come—we know that our path will take us through joy and sorrow, sin and forgiveness, and through death into life eternal. We know that Jesus walked into sacrifice and death because of His great love for us. We know that forgiveness and grace are the defining characteristics of our lives with God. When our lives are uncertain, when the valley of the shadow of death looms large, when we find ourselves in a wholly unfamiliar landscape, this week reminds us that our God is with us.

Because here in the in-between, one thing remains the same: Jesus walks with us, and He knows the way.

Share the truth that Jesus walks with you and all of creation by ordering The Spirituality of the Cross below.