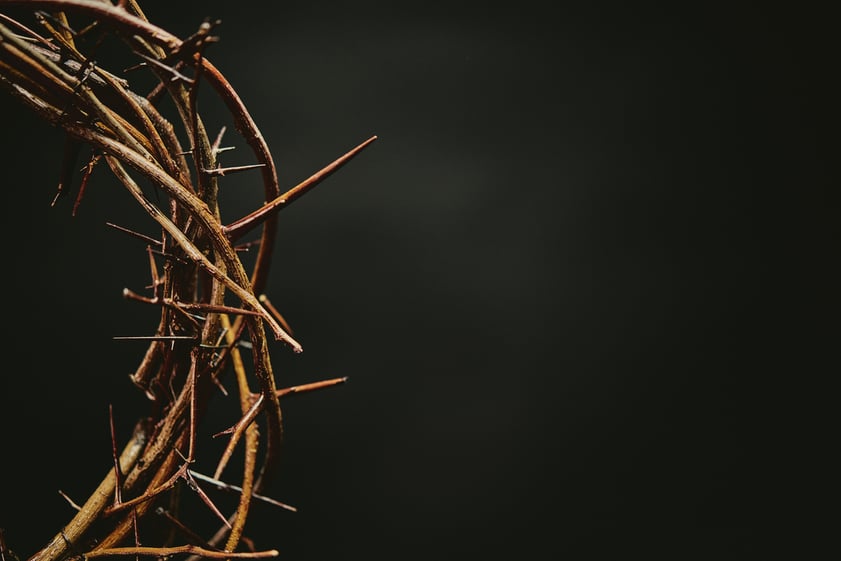 When it comes to pain tolerance, I am the biggest wimp ever. Last summer, I had to have my wisdom teeth removed. It was something that I had been putting off for years and once it was on the calendar, I was dreading it for months. I knew I would be put under for the actual procedure and would not feel any pain; however, it wasn’t the procedure that I was worried about.

It was the IV that would put me to sleep so that the procedure could take place.

Yes, I was terrified of a needle tinier than a piece of mechanical pencil lead and shorter than half of my pinky finger. Yes, I knew that it would probably only sting for a short second before the pain went away and I would begin to drift off but this (along with the post-surgery recovery) was the part that I was dreading.

And while I will admit that it wasn’t actually that bad, it’s still not something I would willingly go back to.

Imagine the worst pain you have ever experienced. Likely, it is something more extreme than a small shot or needle. Maybe it was a broken bone, a nasty infection, or a painful wound. Regardless of what it was, I think I would be safe in saying that it isn’t something you would willingly go back to.

Now think about the worst emotional or mental pain you have ever felt. Think about the times that a best friend betrayed you or a significant other left you, making you feeling lonely or worthless, or the time that a parent or sibling didn’t come through, leaving you feeling abandoned. I would guess that just now, you had a specific memory or feeling come to mind and I would also guess that it isn’t a pleasant one. Just thinking about it now probably made you feel something unpleasant for at least a second or two.

Would you willingly relive either of these situations?

I know I wouldn’t. After going back to the surgeon for my post-wisdom tooth extraction appointment, the surgeon jokingly said, “Well, that’s done and over with! Thankfully, wisdom teeth don’t grow back.”

I could endure the pain because I knew I would never have to face it again.

As we enter this Passion Week, I started to think about Jesus’ journey to the cross. So often, because He lived a perfect life with no sin, I naively think that He was immune to feeling the effects of sin: pain, betrayal, and hurt. However, after doing some reading, I quickly realized how mistaken I was.

Luke’s Gospel gives us a detailed account of Jesus’ death. Because Luke was a physician, he records some of the more specific details that the other Gospels do not. In Chapter 22, Luke describes Jesus praying on the Mount of Olives:

“And He withdrew from them about a stone’s throw, and knelt down and prayed, saying, “Father, if you are willing, remove this cup from me. Nevertheless, not my will, but yours, be done.” And there appeared to Him an angel from heaven, strengthening Him. And being in agony, He prayed more earnestly; and His sweat became like great drops of blood falling down to the ground.” (Luke 22:41-44)

Jesus entered into prayer with His Father, knowing what was coming, knowing that His death was just on the horizon. It is evident here that He knew the physical pain and suffering He would feel because He asks His Father to remove the cup from Him. He is in such agony that He begins sweating blood.

Our sweet Jesus was under such intense stress that He began sweating blood. And this was only the beginning of the physical and emotional pain that He would experience on His journey to the cross.

At this point, Jesus could have easily jumped ship. He could have decided, “Yeah, you know maybe these people are not worth saving. They have done nothing worthy of me saving them and I can see the great pain that I will face and I just don’t really want to do that so I’m out.”

Even after the relatively small amount of pain He experienced praying in the garden, He continued on with the salvation plan. He continued to the cross, where He knew He would experience pain like no other. He chose to continue through the pain.

Most of us would maybe endure our greatest pain for our best friend, our children, our spouses, or family members. But if someone asked us to even endure a tiny amount of pain for someone who had betrayed or hurt us, it would be a quick no. We wouldn’t even consider it.

In fact, He didn’t just consider it. In the midst of it, when He could have chosen a different path, when He had a taste of the pain to come, He still chose to die for us. He endured the pain for us, ungodly sinners. We are reminded of this in Romans:

Our earthly version of love can be beautiful. It can get us through the darkest of times and be a light; however, it is a small, flickering candle compared to the heavenly love that we receive from our sweet and loving Jesus. Even when we were His greatest enemy, Jesus died the most painful death possible for us.

As we journey through this Holy Week and approach Easter, be reminded of the great, sacrificial love that Jesus has for us. No matter what we have done or how far we have strayed, He chose the pain and suffering for you and for me. When most would have abandoned us, He did not.

While this week can be a sorrowful week remembering our Jesus’ death, ultimately we know the end of the story. It is through not only Christ’s death, but also His resurrection that we are saved. We receive life through His death and resurrection.

Rejoicing in His death and Resurrection,

Hannah is currently a teacher at Zion Lutheran in Illinois. She is a recent graduate of Concordia University Chicago. When she's not in the classroom or writing, you can find her in her hammock, playing guitar, or reading a good book.