In any case, the Book of James is one of action—how we are to live out our repentance, avoid a lazy faith, and seek to do what is right. As you read through James, use these free study helps to guide you.

What does a Christian life look like? Should our lives stand out and look different from those lived by others, or is it okay to blend in with everyone else? The Letter of James calls us to an active life of love for Jesus’ sake.

During Jesus’ ministry, James did not believe He was the Messiah (John 7:5). Most likely, Jesus’ words and actions did not live up to James’s preconceived notions about the Messiah. Only after Jesus rose and appeared to him specifically (1 Corinthians 15:7) did James come to understand and believe. (Another brother, Judas, also became a believer and wrote the Letter of Jude).

After Pentecost, James gained a prominent place in the Christian Church in Jerusalem. It is likely he wrote this letter before Paul’s first missionary journey and the resulting Jerusalem Council in Acts 15:13, where some Jewish Christians were demanding that Gentile believers should be circumcised and observe the Law of Moses. James and Peter agreed with Paul and Barnabas that Gentile Christians needed only to believe.

Under James’s leadership, the Jerusalem Church reached out to unbelieving Jews who, like him, had rejected Jesus because He did not match their own preconceived notions about who the Messiah should be.

These are the early years of the Church. At this point, the Christian Church is made up predominantly of Jewish believers and is growing rapidly. Persecution from the chief priests and scribes is being ramped up. James writes this letter to encourage these scattered Jewish Christians and to remind them of the importance of their mission to share Christ with their Jewish brothers and sisters—in word and in deed.

James writes this letter to remind Jewish Christians in Jerusalem and beyond that the practice of their faith should match their profession; that is, they should not just talk the talk but also walk the walk. They were discouraged by growing opposition. They needed to remember that the Christian life is one of repentant faith lived out in good works, which show our love toward our Savior and our neighbor. James writes about the practical issues and struggles that face every believer: impatience, failure to do what we know is right, favoritism, apathy, and selfishness. For all Christians, this epistle reminds us not to live a lazy and workless faith, but rather to live out our repentance with deeds of love in gratitude to Jesus Christ. For that reason, since James writes a how-to letter, his epistle is often considered the Proverbs of the New Testament. 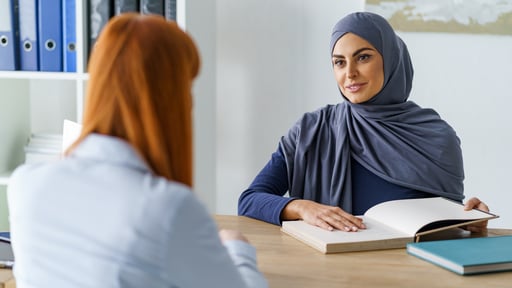