Rumors swirled around the Ancient Church as some teachers professed that Jesus was never going to come back. The early Christians’ hope was being dampened—could this be true? Could the hope that they clung to so tightly be false?

Peter wrote this letter to Christians in Asia Minor to directly address these false claims and reassure the Church that Christ’s promises hold true.

The Christians Peter addresses in his letter were being confronted by scoffers who were spreading rumors that Jesus would not return, as had been preached. Throughout this book, Peter gives comfort to Christians to assure them that Christ will return to judge the wicked and that all who believe will receive eternal life.

Simon Peter—the disciple who walked on water and denied Jesus three times—wrote this book, which is named after him. Second Peter is his second letter in Scripture, which he wrote shortly before he was crucified in Rome.

This letter also comforted those Christians, assuring them of the eternal life they would have once they die, or Christ returns, reminding them that the Lord is patient, and those who love Him and believe in Him will have eternal life.

As you read 2 Peter, take comfort in the Gospel message that Peter lays out: you are saved by grace alone, and that is the surest means of salvation because it doesn’t rely on you! Say a prayer of thanksgiving for the blessing of the free gift of salvation.

At the same time, however, Peter calls for Christians to live their lives in emulation of Christ by doing good works—not for the sake of salvation, but to exalt Christ. Luther writes this on 2 Peter: “This epistle is written against those who think that Christian faith can be without works. Therefore he exhorts them to test themselves by good works and become sure of their faith, just as one knows trees by their fruits” (Luther’s Works, vol. 35, p. 391).

And we have the prophetic word more fully confirmed, to which you will do well to pay attention as to a lamp shining in a dark place, until the day dawns and the morning star rises in your hearts, knowing this first of all, that no prophecy of Scripture comes from someone’s own interpretation. For no prophecy was ever produced by the will of man, but men spoke from God as they were carried along by the Holy Spirit.

The Lord is not slow to fulfill His promise as some count slowness, but is patient toward you, not wishing that any should perish, but that all should reach repentance.

But according to His promise we are waiting for new heavens and a new earth in which righteousness dwells.

Quotation from Luther’s Works is from the American Edition: vol. 35 © 1960 by Augsburg Fortress, used by permission of the publisher.
Scripture: ESV®.

Stand firm in the face of contradiction as you read 2 Peter. 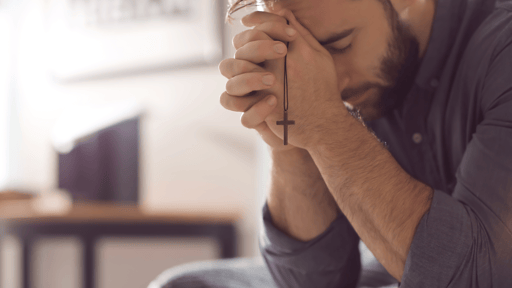