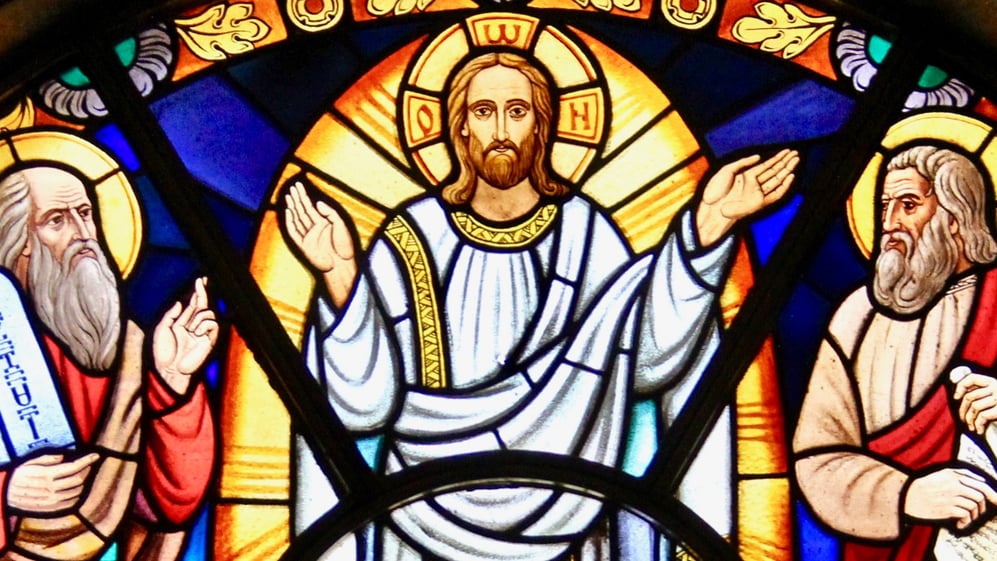 There are a lot of differences between Christian denominations—that's why there are denominations in the first place—but those differences run deeper than worship style or whether the minister wears a robe.

Denominations are differentiated by their core beliefs, the doctrine they follow, the theologians and leaders that influenced their early history, and how they view salvation and the sacraments.

Three main factors distinguish Christian denominations from one another:

1. The Source of Doctrine

2. The Way of Salvation

3. The Importance of Sacraments

We won't be getting into specifics about individual denominations, but rather we'll be talking in generalities about the underlying principles that differentiate them.

All religions have a source of doctrine, usually an ancient writing that they believe to be the inspired Word of God. For Christians, that means the Bible, including the Old and New Testaments. Many denominations, however, also look to other writings (from historical church fathers, theologians, creeds, and so on) as faithful interpretations and confessions of Scripture.

All Christian churches base their beliefs on the Bible, and most view Scripture as the inerrant Word of God. Some denominations—including the Catholic and Orthodox church bodies—also include some or all of the apocryphal books in their Scripture canon.

Differences also occur in how those additional sources of doctrine are viewed. Some church bodies hold them nearly on the same level as Scripture, while others view them as simply an exposition or explanation of Scripture.

2. Role of Christ/Way of Salvation

Christianity is, naturally, centered on Christ. But differences can arise between bodies of the Church on the role that Christ plays in salvation, faith formation, and election.

Christians believe that belief and faith in God provides salvation. However, church bodies differ on how faith is imparted to the believer.

Some denominations believe that faith is solely a gift from God—it is imparted to the believer in Baptism. In this case, the believer plays no role in his or her own salvation; both faith and salvation are completely found outside of the believer.

Others, however, assert that believers can play a role in their own salvation by making a conscious decision to accept Christ or come to Him on their own. In most of these cases, Baptism is merely an act of obedience, a symbolic representation of the conversion of a Christian; it plays no role in the actual salvation of a believer.

Some denominations hold fast that, while Christ died for our salvation, believers can contribute or appeal to God through good works or penance. Whether through prayer or confession, penance can be made for sins through the believer's own actions.

Baptism is observed in nearly every Christian denomination, but two major divisions occur in regards to the role it plays in salvation and whether it's a Means of Grace.

Certain denominations see Baptism as a Means of Grace, where believers receive faith and forgiveness of sins. Others see it merely as an act of obedience, a symbol of the new life the believer has chosen to accept in Christ.

Much like Baptism, Holy Communion is observed in almost all Christian denominations. Some view it as a Means of Grace, where believers receive forgiveness of sins. Other denominations see Communion as only a symbol or remembrance of Christ's death.

Other key differences occur in how church bodies interpret whether wine or grape juice should be used, and whether the bread and wine are just bread and wine, the actual body and blood of Christ, or both.

Interested in learning more about different denominations? Pick up one of these resources for your congregation.

One Christ, Many Creeds 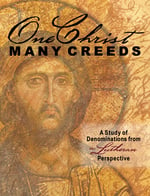 A Simple Explanation of Christian Denominations 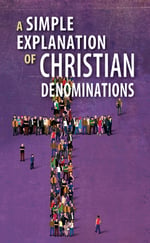 This easy-to-use, compact booklet features brief summaries of seventeen Christian denominations, summaries that will provide readers with a better understanding of each denomination’s differences, their history, source of doctrine, and beliefs about Jesus Christ and the Sacraments.

The Christian Difference: An Explanation & Comparison of World Religions 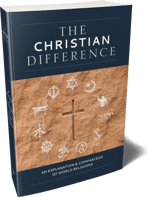 The Christian Difference details the basic history, personalities, and beliefs of the world’s major religions. Each of these religions is compared with Christianity, providing ideas for how to talk to neighbors, family members, fellow students, or co-workers who follow one or another of these beliefs.