Themes in the Season of Lent 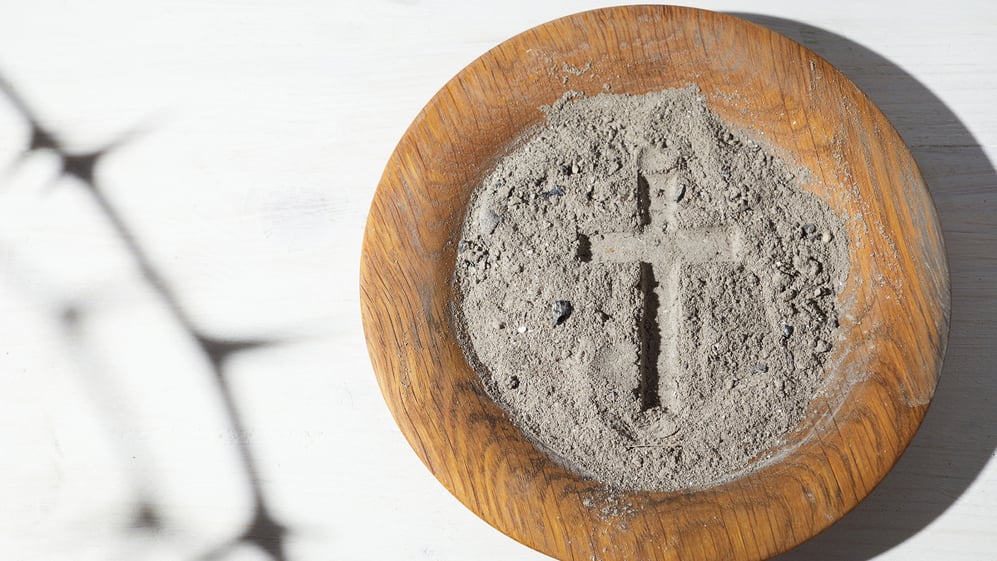 To mark the first day of Lent, we’re sharing an excerpt from Heaven on Earth in which Arthur Just describes the theological accents in the season of Lent.

A dramatic shift takes place as the Church Year moves toward the time of Lent and Easter. Although Lent is today celebrated as primarily a penitential season, it did not begin as such. Lent was a catechetical season that prepared those who were to be baptized (called catechumens) during the Easter Vigil for this momentous passage from darkness to light, from death to life.

Ash Wednesday was first and foremost the enrollment of the catechumens for Baptism, and secondarily the pouring of ashes on those baptized members who had committed a public sin that offended both God and His community. That meant that Lent was focused on Baptism, both for those preparing for Baptism and those already baptized. It cannot be emphasized enough that the entire life of the Church was to bring people to the waters of Holy Baptism at the Easter Vigil.

Cyril of Jerusalem tells us that the catechumens spent three hours every day hearing the Scriptures, first as to their literal/historical meaning and then as to their theological meaning. During the final week of Lent, our Holy Week (or Great Week as they called it), the catechumens would spend the entire day in preparation for Baptism through teaching, exorcisms, fasting, and prayer. The climax of the Church Year was when these catechumens entered the waters of Holy Baptism and the life of Christ in their initiation into the Christian Church.

Theme for the First Sunday in Lent

The First Sunday in Lent defines the season in the same way the First Sunday in Advent defines Advent. The Gospel reading for Lent I has always been the temptation of Jesus in the wilderness (for both the one-year series and the three-year series), announcing the forty days of fasting in imitation of our Lord’s fasting in the wilderness during His temptations by Satan. Jesus defeats Satan in the wilderness through His citation of the Word of God. Satan’s temptations of Jesus are an attempt to have Jesus bypass the cross, but Jesus shows at the very beginning of His ministry that the cross is His destination. He must go the way of Jerusalem, and His journey to the cross is the foundation of one theme of Lent as we follow Him into the wilderness and beyond that to Jerusalem.

The temptation of Jesus by the devil foreshadows the conflict of the Passion and Jesus’ victory on the cross. Already the triumph is anticipated, though it comes in a way that one might not expect. Jesus’ battle and complete victory over the devil in the Passion and resurrection is one of the great themes of His life, giving rise to the expression of the Gospel that accents Christ’s victory over Satan. But the devil is subtle, and he sees that his chance for victory lies in tempting Jesus to bypass the cross and reach for glory now. Each temptation attempts this: fill your belly now, if You are the Son of God; worship me, and the kingdoms of the earth will be Yours now; throw Yourself down from the temple, and all will see now that You are the Son of God because God will rescue You. Had Jesus succumbed to any one of these temptations, He would have reversed the order of the kingdom, placing glory before suffering. The entire rhythm of His life was just the opposite, to show that suffering must precede glory. The rejected stone is the head of the corner. Jesus is both the new and greater Adam and the new and greater Israel, remaining the obedient man, Son of God, and Messiah.

And so He shows that this is the way it is with us. The world tells us to have prosperity now, demanding that the Lord show us His blessings now. The world would have us see suffering as a sign of God’s rejection rather than fellowship with Christ where He draws us closer to Himself so that we might see His glory in our shame and suffering. Rather, the Church must preach “suffering before glory” right into the world’s confusion to show that suffering is God’s opportunity to demonstrate His mercy and forgiveness. Suffering forces us to recognize that we cannot depend on ourselves and must rely on God. Suffering is always God’s opportunity to show us that He loves us.

Psalm 91 and Being Christ’s Soldier

The Psalm for Lent I is Psalm 91, the Soldier’s Psalm for Israel, which enlists us in the battle. It is the song that accompanies us on our way to Jerusalem with Christ:

When He calls to me, I will answer Him;
I will be with Him in trouble;
I will rescue Him and honor Him.
With long life I will satisfy Him
and show Him my salvation. (Psalm 91:15–16)

Here is another great Lenten theme, where we join in the battle with Christ as our captain in the well-fought fight against sin, death, and the devil. As the New Testament clearly portrays, Baptism enlists us in the apocalyptic battle as foot soldiers on the front lines. We do not fight by our own power, but we are clothed with Christ, who equips us for the fight and fights for us. St. Paul uses this imagery with the Ephesian congregation:

Put on the whole armor of God, that you may be able to stand against the schemes of the devil. For we do not wrestle against flesh and blood, but against the rulers, against the authorities, against the cosmic powers over this present darkness, against the spiritual forces of evil in the heavenly places. Therefore take up the whole armor of God, that you may be able to withstand in the evil day, and having done all, to stand firm. Stand therefore, having fastened on the belt of truth, and having put on the breastplate of righteousness, and, as shoes for your feet, having put on the readiness given by the gospel of peace. In all circumstances take up the shield of faith, with which you can extinguish all the flaming darts of the evil one; and take the helmet of salvation, and the sword of the Spirit, which is the word of God, praying at all times in the Spirit, with all prayer and supplication. (Ephesians 6:11–18)

From Heaven on Earth: The Gifts of Christ in the Divine Service, pages 138–40, copyright © 2008 Arthur A. Just Jr., published by Concordia Publishing House. All rights reserved.

To read more about the Divine Service and themes in the season of Lent and Easter, order Heaven on Earth below.