The Rise of Hymnody During the Reformation 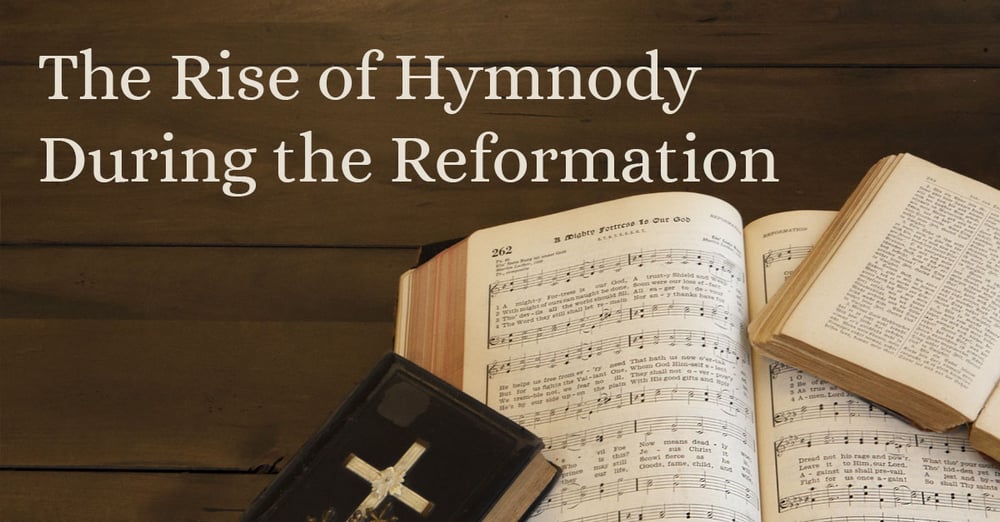 This excerpt is taken from Christian Art: Its Place and Use in Lutheran Worship by Paul E. Kretzmann.

Within churches, the popular hymn or chorale for the entire congregation has not been an integral part of the service since about the eighth century. The church music was entirely in the hands of the choir. No one will deny, of course, that church music made unprecedented progress in the next centuries.

The importance of Luther in this field can hardly be overestimated. He wrote his first spiritual song in 1523, after Heinrich Voes and John Esch of Antwerp had been martyred. Its title was “A New Song of the Two Martyrs for Christ, Burned at Brussels by the Sophists of Louvain.”

Luther did not remain alone in this noble work. Not only in Wittenberg but also throughout Germany and in other countries, poets began to sing of the new glory that had arisen over the Church. The golden age in the writing of hymns had come.

In the immediate vicinity of Luther was his friend Justus Jonas. Then when the Reformation was introduced into Prussia in 1524, one of Luther’s close friends was instrumental in furthering its cause also by means of his poems. This was Paul Speratus, who in conjunction with Luther had issued the first Lutheran hymnal.

All these men were poets by the grace of God. They sang from the fullness and richness of the true understanding of God’s mercies in Christ Jesus, and with such perfect objectivity that they sang the thoughts of the entire Church. For this reason, their hymns, though sometimes lacking in grace and polish, have a lasting value. They are the heritage of the Church for all times.

Using the Beauty of Music and Melody

But while these men used their gifts in songs for the Church, they did not neglect the music, the choral part of the singing. Luther himself had a good knowledge of music, and he encouraged good church music in every way. He restored the Cantus firmus to its position in the chorale and had the hymn sung in one voice. He by no means discarded the other voices, but he used them to round out the melody in one harmonious whole. This form of composition, as used in the days of Luther, was then known as the motet and served the highest ideals of part-choral singing. Johann Walther was Luther’s right hand in preparing the music for liturgy and in arranging the melodies for the German versions. Ludwig Senfl also deserves to be mentioned for his work along these lines.

It is usually conceded that Luther wrote the melody for Ein feste Burg himself. In general, however, he and the other hymnists of the Reformation made use of extant melodies by translating Latin hymns with the original meter and inflection and retaining the melodies, or by using old church melodies from pre-Reformation times.

Thus the Lutheran chorale was introduced, and thus it spread throughout Germany, into other countries, and beyond the sea, carrying in its wake blessings innumerable by making the people everywhere acquainted with the glories of the pure Bible doctrine, which the Lutheran Church teaches and professes.

Want to read more about the use and place of Christian art in worship?

Rachel was an intern at Concordia Publishing House. She graduated from Concordia University, Ann Arbor, in May 2017 with a degree in English. She and her husband live at Concordia Seminary, where he is taking classes. Rachel loves reading Russian classics, going to the zoo to admire the elephants, and watching her baby betta, Belle, thrive.