Sharing the powerful lessons of Joseph and His Brothers 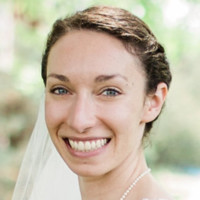 The account of Joseph and his brothers includes some powerful lessons that not only express God righteous will for daily living, but also can be connected to Jesus Christ and His work for our redemption. For this post, I will take each of the portions in turn, highlighting salient points and offering practical ideas.

Joseph and His Brothers

In Genesis 37 we learn of Israel, his son, Joseph, and the brothers. Israel favors Joseph and endows him with a beautiful coat, inciting the envy and resentment of Joseph’s brothers. His brothers took Joseph’s coat, cast him into an empty cistern, and sold him into bondage with the Ishmaelites. As if this weren’t enough, the brothers then deceive their father into believing that Joseph has died. Israel is devastated with grief.

This account of a father and his sons includes some powerful elements to which students can connect. It’s quite likely each of the students can relate to Joseph’s brothers. Israel favored Joseph. Ask students to share a time when their siblings received preferential treatment. Connect this to Israel and his sons. This is an excellent opportunity to explain sins of thought and attitude. Talk about resentment, envy, bitterness, and lack of forgiveness. Help students to understand sins of thought as being just as wicked as all others. Help students to recognize that Israel sinned by offering favor to one son above others, but that the sons sinned as well, allowing sinful thoughts to develop into sinful choices.

The failures of Israel and his sons lead naturally into the goodness and love of God in Jesus Christ. Where Israel favored one son, God loves all equally, sending Christ to suffer and die for the sins of every human being. Highlight the reality that God wants all to be forgiven in Christ, although some will reject this Good News. Compare the betrayal of Joseph’s brothers to Christ and His disciples. When He needed them most, Judas sold Jesus for silver (just like Joseph), Peter denied Him and the other disciples abandoned Him.

Lead students to create an illustration that elucidates the contrast between this account and God’s perfect goodness. One side of the drawing includes Israel favoring Joseph, the other God loving all people equally. One side includes the bitter, fickle hearts of Joseph’s brothers. The other illustrates God’s faithfulness.

Having purchased Joseph from his bitter brothers, the Ishmaelites move Joseph to Egypt and sell him there. Joseph serves in the house of Potiphar, one of Pharaoh’s officers, and has great success. However, Potiphar’s wife takes interest in Joseph and invites him to sin against God and his master, Potiphar. Joseph resists temptation and, as a result, is cast into prison thanks to the deceit of Potiphar’s wife.

Help students to recognize God’s mercy in delivering Joseph to a safe, successful life, despite his brother’s wickedness. Draw out the sinful behavior of Potiphar’s wife, particularly her deceit. Ask them for examples of how lies can create real problems for others. Further, show them how Joseph recognized the gravity of sin, most particularly against God. Yes, Joseph saw that following his master’s wife into sin was an offense against Potiphar’s wife, but more importantly disobedience against God.

Joseph’s life in Egypt is a natural illustration for the reality of life’s challenges. Help students to understand that trouble in life does not mean that God’s is unloving, weak or absent. Stress that God delivered Joseph into success safety, if only briefly. God supplies our needs as He did for Joseph. More importantly, connect Joseph’s integrity to that of Jesus. Joseph chose to honor God despite the consequences. Jesus remained faithful to His calling as our Savior, although it eventually cost Him His life. We are benefactors of Jesus’ faithfulness.

Thanks to the special gifts that God endowed Joseph, Israel’s favored son interpreted Pharaoh’s dreams. Pharaoh takes advantage of Joseph’s God-given wisdom and manages the food prudently. Through Joseph, God provided for the people of Egypt and the surrounding area. Despite challenging circumstances, God cared for His beloved and was glorified. Lead students to create list of difficult life circumstances: death of a parent, divorce, job loss, physical or mental disabilities. Then help students to imagine ways in which God could use those circumstances to help others and glorify Himself. Be sure that students understand that trouble in life is a result of sin, not God’s cruelty or neglect. Instead, God works through tribulation to bring mercy.

Now connect God’s work through Joseph to that of Jesus Christ, our Savior. Joseph was not to blame for his tough circumstances, but he submitted to God for the greater good. Jesus Christ is in no way responsible for our sin. Yet, He obeyed His Father in heaven, took on human flesh and suffered that we would benefit from His work.

Joseph’s brothers come to learn not only is Joseph alive, but also a powerful figure in Egypt and their benefactor in the midst of famine. Joseph, reflecting on all he had suffered, could have indulged vengeance and punished his brothers. Instead, there is forgiveness and reconciliation. He provides for his brothers and their offspring.

Although God owed us nothing but justice for our disobedience, the Almighty reacts with mercy in Christ. Through the life and death of His Son, Jesus, God forgives and welcomes us into His kingdom. Help students to connect Joseph’s behavior and the grace of God. Where Joseph provided food and a new home for those who had sinned against him, God does the same for us in Christ.

Reflect on Psalm 22 this month to help you remember the ultimate sacrifice our Lord paid for the forgiveness of our sins leading to his...

The Little Things are the Big Things

Your daily routine speaks volumes about what you value and shows your children what is important. Is your faith an integral part of your...

Read an excerpt from a sermon given by one of Martin Luther's students, Johann Mathesius, about Luther's work during the reformation in...

The Little Things are the Big Things

Your daily routine speaks volumes about what you value and shows your children what is important. Is your faith an integral part of your...

Learn how to teach your students about perhaps the most challenging apostle of them all.