Five Ways to Respond to the Question, Why Do Bad Things Happen? 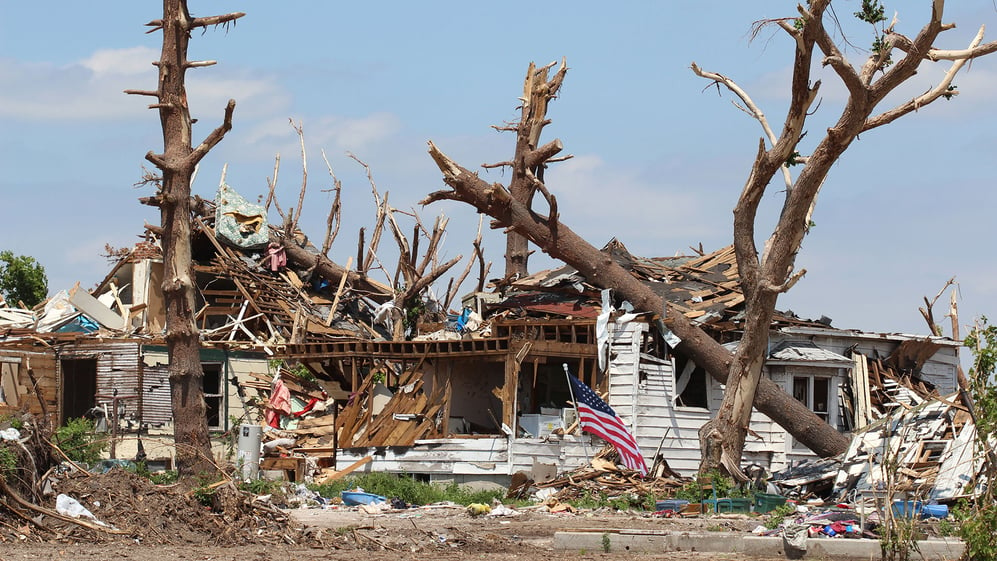 “Why do bad things happen?”

It’s a common question. In fact, I’d say it’s probably the most common and difficult question each one of us human beings face each day. We all go about our business, living each day just like the last. Then BAM. There’s a tragedy or a disaster. Someone loses a job, there's a death in the family, a lie or betrayal is exposed, or a tornado strikes. In a moment, our everyday comfortable life is upended. We’re left asking the question, “Why?”

In the context of teaching or leading Sunday School, we’re confronted with this question in a variety of ways. It could be a young child asking, “Why did grandpa die?” Maybe it’s a middle school kid who’s seen an act of terrorism on TV and asks why God would let that happen. Perhaps it’s even a mother who’s dealing with issues of betrayal and abuse in her family, who pulls you aside after Sunday School and unloads her burden on you. As Christians, we know the Sunday School Answer: it’s all about Jesus. But we also know that that simple answer is often difficult to explain.

So How Should We Respond?

This may seem like a cop-out, but it’s not. Pastors not only love talking theology with people, it’s also their calling to communicate God’s Word publicly to the congregation. Especially if the person asking is a parent or an older youth, the question of why bad things happen may require a deeper discussion that the short time frame of Sunday School or talks after class cannot give. Pastors are not the only ones who are to give a defense of the truth, but it is part of what God has called them to do. It’s okay to point questioning people to them for a deeper discussion.

2. How about asking them, “Why are you asking this question?”

I wrote a whole blog post about this earlier. If you have time to talk about it, their response may lead to a good discussion along with the opportunity to share the Gospel.

3. It's okay to say, “I don't know why this specific bad thing happened. It's just awful.”

Where God is silent about this or that specific evil happening in the world, we can be silent as well. The truth is that God hasn’t directly revealed to us why this tornado struck that town in that city at that time. Sometimes, we feel the need to fill the void. And when we do, we start putting words in God’s mouth that He just doesn’t say. Responding that you don’t know also opens the door to weep with those who weep. Jesus cried over the death of a friend. We can cry with those suffering from the effects of bad things. We don’t have to try to explain things away when God is silent.

4. You can say, “I don't know why this specific bad thing happened, but we do know from God's Word why bad things happen.”

We learn from God’s Word that, ever since the fall, the world has been a broken place. It's broken by sin, death, and the devil. Broken people will do horrible things, the corrupted earth will produce thorns and thistles to fight against us, and Satan will roam and tempt and devour. This response may not give a direct answer to a problem, but it does reinforce our biblical worldview. We don’t have to explain away bad things or try to convince others that a bad thing is really a good thing in disguise. This leads to our ultimate Christian response . . .

5. Try to say, “When bad things happen, we know that God still cares about us. We know this in Jesus!”

When confronted with the problem of evil, the best thing we can do is to point people to Jesus. In our darkness, brokenness, and sin, Jesus came to restore us to the Father. God cared so much about us in our suffering that He sent Jesus on a mission to reclaim us. By Christ’s suffering and death, we’re forgiven. By His new life, we’re promised new life. When He returns, He will ultimately restore this lost and broken creation for God’s people. He will make all things new, in a world without pain or suffering, death or regrets. When bad things happen, we don’t try to make excuses for God. Instead, we hope in Christ, our Redeemer, Lord, and Champion over the evils of this world.

God’s peace to you in the critical mission of Sunday School, where you bear witness to the hope of Christ when bad things happen.

Rev. Dr. Pete Jurchen is an editor of Bible resources at Concordia Publishing House. In addition to his MDiv, he holds a BSEd in secondary education, an MSEd in curriculum leadership, and an EdD in instructional leadership with a focus on adult learning. He works to cultivate lifelong learners of God’s Word so that the ordinary is transformed into epic. He lives in Imperial, MO, with his wonderful wife, Deb, and his five children.