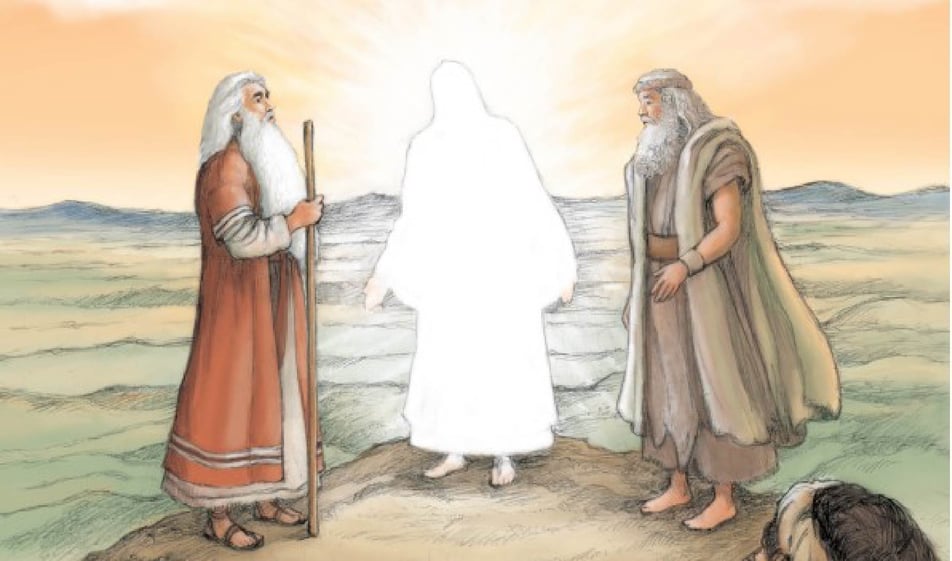 After reading Mark’s account of the transfiguration, I asked the teenagers in Sunday School if they had any comments or questions. A fifteen-year-old girl hesitantly raised her hand. “Um, I don’t know how to say this, but the disciples were . . . not smart.” The other kids laughed and agreed, and we spent a few minutes talking about the clueless disciples.

Over and over in Mark’s Gospel, the disciples listen to Jesus but don’t seem to understand or absorb what He’s telling them. In Mark 9, Jesus is transfigured, and Moses and Elijah appear in radiance alongside Him. In Mark 9:7, God’s voice booms from the cloud, “This is My beloved Son; listen to Him.” And the disciples do listen—sort of. In verse 9, Jesus tells Peter, James, and John not to speak of the transfiguration until after Jesus rises from the dead. The next verse prompted my student’s comment:

So they kept the matter to themselves, questioning what this rising from the dead might mean. (Mark 9:10)

“How could they not know what ‘rising from the dead’ means?” my student said. “Did they think it was a metaphor?”

Jesus’ prophecies are very different from their preconceived notions of what a Messiah should be. They just don’t get it. Peter blurts out what (presumably) everyone is thinking. Jesus says He’s going to die, and Peter says, “Hey, don’t say that! That won’t happen!” Peter sees Jesus, Moses, and Elijah in a transcendent white light, and he says, “Let’s build some tents!” Jesus says He will rise from the dead, and the disciples say to  one another, “What do you think He means by that?” And yet Jesus persists in loving and teaching them, and the disciples persist in following Jesus.

We, with 20/20 hindsight, can chuckle at the disciples as they wonder what Jesus could mean by “rising from the dead.” But despite their confusion, they continued to follow. They did not need to understand every word Jesus said to know He was worthy of their trust. Their examples of cluelessness are also examples of faithfulness.

Reading about the foibles of the disciples is comforting to me. I often feel confused and, yes, clueless about what I read in the Bible or how to follow Jesus faithfully in the context of my life today. I’m sure I often misunderstand the leading of the Holy Spirit or come to the wrong conclusion about some issue or decision. Following Jesus does not make us immune from mistakes or sin.

If we read past the Gospels and into the Book of Acts, we can see what happened to clueless Peter. The man who blurted out his many misunderstandings and questions in Mark becomes an eloquent preacher and witness to Jesus’ life, death, and resurrection. His experience as Jesus’ disciple and his anointing with the Holy Spirit change Peter from confused and frightened to confident and bold.

Read Acts 2 and 3 and compare Peter’s sermons there with his reactions in Mark. From rebuking Jesus for foretelling His death to proclaiming Jesus’ death and resurrection as signs that Jesus is the Messiah, Peter demonstrates that God transforms and equips ordinary people to be faithful witnesses.

When we are confused, when we look back with regrets, when we feel unworthy of being called children of the Father, we can look to Peter and the other disciples. They didn’t understand and couldn’t accept that their Teacher would be killed, and His resurrection was certainly beyond their imaginations. When Jesus went to His death, most of them abandoned Him.

The disciples were boastful, fearful, confused, sinful, and entrenched in their preconceptions. But Jesus remained faithful to them to the end. Then the Holy Spirit equipped them with the wisdom and courage they needed to live faithfully and proclaim the Good News of Jesus, who came to save us.

He does the same with us, saving us and equipping us to bring His light to the world—no matter how clueless we are.

Further your study with Books of the Bible Study Questions: Mark