Black History and HIS Story 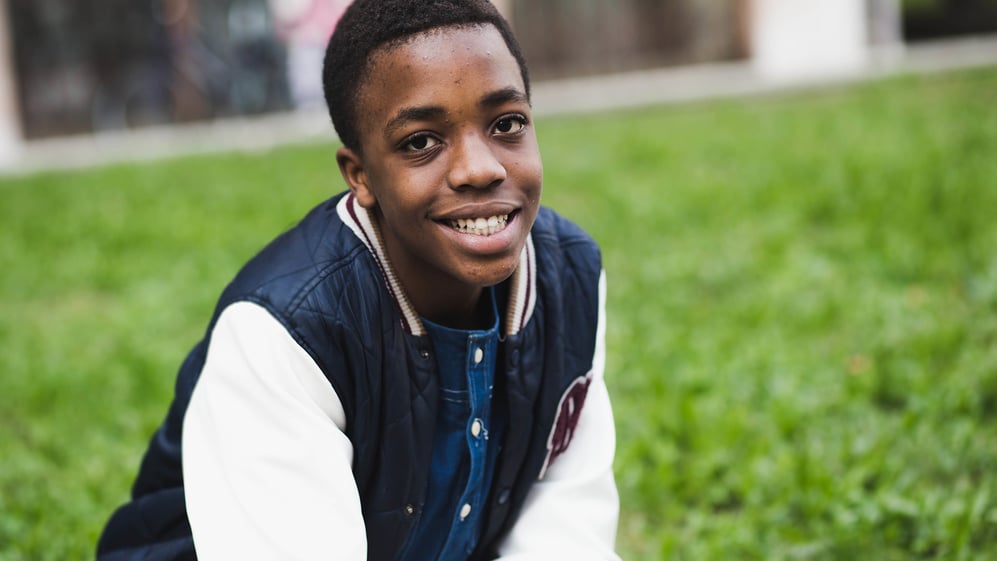 “You can’t be like everybody else. You’ll have to work twice as hard for half as much.”

These words echo in the chamber of my head so often that it is difficult to fathom the first time I heard them from the lips of my Black parents, who were scolding me for goofing off in math class at my Lutheran elementary school. Everyone in the class received a B. It was a hard course, with a challenging teacher. The problem was I had gotten so used to goofing off with friends and letting the concepts of the day slip between my fingers that I had become complacent in that hard course. And “hard” had become “impossible” for me.

I made the mistake of uttering these words: “For every other kid in my friend group the B was just enough—why can’t you just accept that?” To which they uttered in what seemed like unison: “You can’t be like everybody else. You’ll have to work twice as hard for half as much.”

They explained to me that the temptation to blend in, to sit back, to slip into the fold—that wasn’t an option for me as a Black male. That I had to work tirelessly to understand, be sharper than I ever thought I could be, and perform at the highest level—even if it exhausted me. Reality began to set in that this was yet another symptom of me living in Black America. And from that day on, I worked and performed and defied odds—through blood, sweat, and tears.

The pressure almost broke me.

Until one day in Bible class I read the words of Ephesians 2:8–9:

For by grace you have been saved through faith. And this is not your own doing; it is the gift of God, not a result of works, so that no one may boast.

Total bliss set in at that moment. While I realized I was a Black male who navigated the world differently, I also realized that I was a beloved child of God, who has no control over his own salvation. My grades, merits, honors, accolades, degrees—those are not things that make me worthy. It was not my investment in the world that made me worthy but Christ’s investment in me by His grace—my worth was held in the Bank of Christ. This not only comforted me, but it also freed me.

And only added to that comfort was this verse from 2 Corinthians 4:7:

But we have this treasure in jars of clay, to show that the surpassing power belongs to God and not to us.

I am breakable. I fail. I’m cracked up. I have failed, and will continue to fail, my family, my community, and my God. My desire to set myself apart also reveals my weaknesses as a human being. My power is not mine at all, but Christ’s within me. He gives me strength that renews me. He gives me courage that sustains me.

The end of the marking period when I got a B happened to be during Black History Month. My mom and dad explained this month to me as a month when we look at “his/her” story of greats in the Black community. Stories that would challenge the current narrative and give Black people the courage to look ahead to their own stories. The beauty of this month in my household was that my parents would always encourage me to study those stories. His story and her story, yes. But also HIS story. The story of God. The most significant historical figure of all. One who broke the chains of oppression with nail-pierced hands. One who overcame the narrative with His own narrative of making us wise for salvation and giving us the hope of the resurrection. And one who pierces our darkness with His marvelous light.

Most grateful for HIS story.

The story of God that outshines performance, overcomes racial barriers, out-saves any kind of award or grade you and I could ever receive.

Praise God for HIS story as we look back in history and forward to eternal life.

Share the stories of God’s people, including Rosa Young, with your children by clicking below.

Rev. Dr. Gerard Bolling is an LCMS pastor and Lutheran university educator. Dr. Bolling holds a BA in theatre from Concordia University Chicago, an MDiv from Concordia Seminary, and a doctor of education (EdD) degree from Concordia University Wisconsin in leadership, innovation, and continuous improvement. His dissertation was focused on human resource development in under-resourced urban ministry structures of The Lutheran Church—Missouri Synod (How LCMS Pastors Are Developed through Mentorship). Dr. Bolling currently serves in a dual call as pastor at Bethlehem Lutheran Church in St. Louis, Missouri, and as assistant professor of leadership and theology in the online modality and coordinator of multicultural engagement at Concordia University Texas. His passion for urban ministry, education, leadership, nonprofit management, mentorship, diversity/equity/inclusion, and distance learning are all married in this dual call as he serves the saints of Bethlehem and the students of Concordia University Texas simultaneously. Dr. Bolling has also spoken at numerous conferences, on podcasts, and at churches, schools, and events within our church body, reflecting the love of Christ and prodding deeper conversations about deaf, urban, and cross-cultural inclusive ministry. He has taught in half the schools of the Concordia University System, thoroughly realizing the depth of knowledge our Concordia schools have to offer to the world they engage. Dr. Bolling has been married to his beautiful and talented wife, Lorenda, for six years. Lorenda serves as a preschool teacher at Word of Life Lutheran School. Together, they have a four-year-old son named Lincoln and a two-year-old daughter named Monroe. Both children were born in different years but on the exact date—October 5! They currently reside on the south side of St. Louis, Missouri.