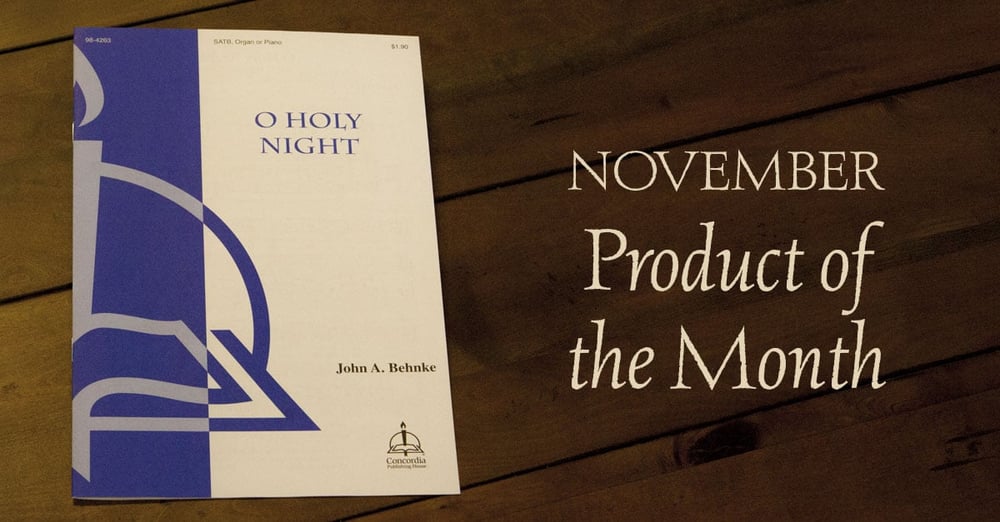 With its satisfying harmonies yet simple tune, “O Holy Night” is a familiar hymn that has become a staple in Christmas worship. This year, CPH Music released a new setting of this popular hymn in partnership with composer John Behnke. Learn more about this unique and captivating arrangement, and explore some of Behnke’s other works as a handbell, choral, and organ composer.

The Hymn’s Rich and Varied History

The hymn leaped into public attention in 1906, the first time a voice was broadcast over the radio. The speaker read the story of Christ’s birth according to the Gospel of Luke and played “O Holy Night” on violin. Since then, the hymn has been sung in countless churches.

When CPH Music interviewed John Behnke in February about his new compositions, he spoke with excitement about his arrangement of “O Holy Night.” After making sure the doctrine in the text was solid, Behnke focused on making the music accessible for church choirs of all levels. “I’ve tried to clean up the organ part, which sometimes is hard to do on the other versions. And then the choir is very nice: women, and then the refrain comes in, and then men, and then the refrain comes in. So it’s not hard, but very effective.”

Watch “O Holy Night” being recorded by the choir at Concordia Theological Seminary below.

Behnke has many other arrangements of familiar Christmas hymns that music directors can use in Christmas services. Choirs can enjoy “Sing, Rejoice, Let All Be Glad” and “See in Yonder Manger Low.” For preludes, postludes, or offering music, organists can use “Road to Bethlehem” or “Oh, Come, Oh, Come, Emmanuel.” Handbell musicians will enjoy Behnke’s challenging settings of “Angels We Have Heard on High” and “Go Tell It on the Mountain.”