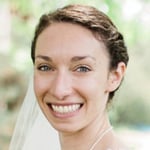 Are There Any Sins That God Cannot Forgive?

Christianity is unique among world religions in that it presents peace and reconciliation with the Creator of mankind through grace, mercy, and sacrifice at God’s expense. This is in opposition  to meriting goodness from the higher power based on our natural goodness or abilities, earning it through obedience and good works, or merely praying that the Lord will be nice. The richness of our Lutheran heritage includes presenting this Gospel message to the Lord’s people and allowing it to have the most prominent place in worship, preaching, Bible study, chapel, Sunday School lessons, and the like. For the first few years, most children are satisfied to hear that Jesus forgives all sins. In the course of child development, however, it doesn’t take too many years before the child recognizes that some sins are more severe or damaging than others, and he wonders if God can truly forgive all sins in Christ.

END_OF_DOCUMENT_TOKEN_TO_BE_REPLACED

How Can I Teach the Importance of Advent in My Sunday School Class?

For children, the weeks leading up to Christmas are often filled with joyful anticipation. Businesses, schools, and churches hang decorations that make children mindful of wonderful food, family, and gifts! Unfortunately, these worldly things often become their focus and the limit of their anticipation. For many families (and even congregations), there is a sad lack of emphasis on the coming Christ. Advent is one of the two anticipatory seasons of the Church Year; the other being Lent.

END_OF_DOCUMENT_TOKEN_TO_BE_REPLACED

“Redemption” and “salvation” are two words which many unbelievers and even Christians throw around interchangeably, supposing that they both refer to the same concept: that God makes it possible for us to go to heaven. In reality, although they are related, there is a crucial difference between the two. “Redemption” refers to undoing the effects of sin for all mankind. The word itself is based in Old English means to “buy back”. Humanity bore a debt to humanity (which it could not pay). In mercy, God used the life of His Son, Jesus Christ, as currency to pay that debt. Consider Ephesians 1:7, In Him we have redemption through His blood, the forgiveness of our trespasses, according to the riches of His grace. However, owing to our sinful nature which we inherit from our parents, we cannot know what God did for us. It’s like someone paid off our credit card debt, informed the bank, but we never found out. This is where the Holy Spirit walks on stage, Who in the Gospel of Jesus Christ, creates faith. Through faith, the individual receives or benefits from what Jesus did for all. Paul explains in Romans chapter three. (Sinners) are justified by His grace as a gift, through the redemption that is in Christ Jesus, whom God put forward as a propitiation by His blood, to be received by faith. There are a few different illustrations one might use. God puts a million dollars in everyone’s back account. They He sends the bank vice-president to let people know. God provides a medicine that will cure all the patients in the hospital. His Holy Spirit brings that medicine to the patient. Faith is the IV tube through which the medicine flows to the patient. Sinners are soldiers fighting a war a small island. The war is over, but they don’t know it, and keep on fighting. The Holy Spirit writes the soldiers a letter telling them that the war is over because God made peace.

END_OF_DOCUMENT_TOKEN_TO_BE_REPLACED

Whatever the design of your Sunday School program, music should definitely play a part. Music and song are wonderful blessings of our creating God and have enriched the life of the Church throughout history. That being said, it’s vital that we don our Lutheran thinking caps and use Spirit-led, biblical discernment when selecting and integrating music, especially lyrical songs, into the Sunday School program.

END_OF_DOCUMENT_TOKEN_TO_BE_REPLACED

Teaching Jesus from the Old Testament

Where Is Jesus before Matthew's Gospel?

One of the greatest challenges teachers face is to present Jesus Christ from the Old Testament. Our Savior’s presence, role, and activity are apparent and accessible in the New Testament, beginning with Matthew’s Gospel, continuing in Paul’s letters, and through Revelation. As a result, we tend to underutilize the first two-thirds of God’s Word in the Bible. My hope and prayer is that this blog will enable teachers to open up the Old Testament for themselves and their students.

I Didn't Know Our Sunday School Had . . . Rally Day